I’m starting with a Balance Sheet Analysis first as the current valuation can be justified just with the balance sheet:

Curiosity Stream has 91.84M dollars in current assets and 25.65 in current liabilities. This excludes unearned revenue liability as it's a non-cash account - CURI "owes" its customers 22M worth of content, and it services this liability simply by continuing to operate the service. This means they have 66.19 in net current assets.

As of Jun 2022, Curiosity owns 8M of stock in a private start-up called Nebula. Curiosity also has the option to buy up to 25% of Nebula (Valuing Nebula at 50M in 2021). About Nebula: Nebula is a creator-owned streaming site with more than 500k subscribers (reported 2021). The top YouTubers are on Nebula, with a cumulative reach of 200M subscribers. On Nebula, you get to watch videos from your favourite YouTubers first, with extra content and exclusive content only found on Nebula. This is an excellent value proposition from the customer side. Nebula is already profitable, according to the CEO. With growing paid subscribers, Nebula's value has most likely increased in 2022, which is not reflected on the balance sheet. Nebula’s Youtubers have a combined reach of 200m and are interested in factual content. Netflix, for example, has about 200m+ subscribers. CuriousityStream is the only outsider investor, and even VCs cannot get an allocation. Curiosity Stream only managed to get an allocation as it has worked together with Nebula for multiple years, building the relationship; To put simply, this means the stock is precious.  Most importantly for CURI, because of this partnership - you have top YouTubers constantly marketing Curiosity Stream and Nebula Bundle. CURI has a straightforward way to grow its subscribers.

As of Jun 30, 2022, CURI has 78M in content assets, valued at cost. Management believes it is worth 5x as much (390M). Usually, I would ignore intangible assets as it is hard to value; however, in the streaming wars, content is precious to prominent players such as Netflix, Apple, Disney & Amazon (who routinely spend 100m for a single title). I see a scenario where CURI can better monetise these libraries by licensing them out or outright selling them at cost. They do currently license their content out already. CURI can generate 71M in revenue in 2021, and LTM - 85.96M, so their ability to monetize their library seems to be improving quickly.

Selecting for the most tangible assets, excluding everything else (other intangibles, PPE, etc.). Results in 152M of Book Value

With no debt, the current market cap of around 64M implies at least of 100% gain just by the book value.

Given that the CURI market cap is valued at less than its current assets, the market implies that the CURI sum of future cash flows will be slightly negative. i.e. it will go bankrupt.

In my opinion, no, and I have three reasons.

Firstly, the management has guided positive cash flow in 2023. Should we believe them? Looking at the Cashflow Statement, we can see that the free cash flow margin has steadily improved from -300% to just -26% last quarter. CURI is on the verge of producing positive cash flow; if that happens in 2023, there is 0 chance of bankruptcy.

Secondly, the Chairman of CURI, who owns 40% of CURI, is John Hendricks - the founder of Discovery Channel. He has a net worth of 800m, with his real estate portfolio worth 280M by itself. Let's assume CURI somehow does run out of cash. If Hendricks wanted to, he could buy out the whole company with 1/10 of his net worth. Indeed, he does not need to take such drastic action; he can inject a small amount of cash into the company to tide it over hard times if more capital is genuinely required. This is his passion project anyway; he left Discovery because he disliked that it made more reality TV shows rather than factual content.

Thirdly, the unique thing about the SVOD industry is there is little to no marginal cost to serve media. If it comes down to it, management can cut advertising, lay off employees except for the technical stuff, and just let the servers stream videos. This is a structurally profitable company. Management is trying to grow its way to profitability. However, they can quickly reduce costs as well to reach there.

Potential Risk and why is it so cheap?

Every once in a while, the market provides a free lunch, and this appears to be one. If we can explain why we have the free lunch, we can build conviction in the investment.

Bear Argument related to the company

The primary bear argument is that the company is unprofitable and will remain unprofitable. This means it will go bankrupt or potentially need a capital raise.

However, the reason why CURI is unprofitable is that the company was in growth mode. Since 2022, management has been committed to reaching positive cash flow by 2023; as a result, the operating loss has decreased significantly in Q1 and Q2 2022.

Upon further analysis, the operating loss is primarily driven by the amortization of their content assets, which is a non-cash expense. From CURI, 2021 10k:

They have a fiduciary duty to estimate how much their content "value" has reduced each quarter. There is undoubtedly a shelf life to a piece of content; news or sports, for example, have an extremely short lifespan. However, documentaries have a long shelf life, as facts don't change. Also, this accounting is tricky, as the actual video content has not "degraded" in quality, unlike machinery or tangible assets. The incremental customer can watch the video at the same quality. As an investor, you can believe they are being conservative, accurate or liberal with their estimations; I think that the best way is to avoid the income statement totally and look at the cash.

Looking at the cash flow statement, you can see that FCF remains roughly constant. On the other hand, revenue is increasing rapidly. Therefore, the FCF margins are improving to a large extent. Curiosity stream is instead on the verge of FCF profitability.

Rebuttal: Momentum can change when the economic sentiment changes or more coverage. Past price performance does not indicate future performance.  Microcaps are also where you can potentially get the most gains.

Bear Argument related to the product

1) "Documentaries are undifferentiated & easy to copy by major SVODs like Netflix".

Rebuttal:
Documentaries are easier to make and less differentiated than big flashy blockbusters. However, this doesn't mean CURI will fail. I argue that focusing ONLY on factual content is the selling point; reducing the types of content is a feature, not a bug. There exist niche audiences that do enjoy documentaries, parents who want to buy this for children, and employers purchasing this for their employees...these people wish to buy a pure-play documentary service.

The real competition for CURI, I believe, is against other pureplay factual SVODs like Kanopy, Wonderium, MagellanTV, and HistoryVault. My thesis is that CURI currently has escape velocity and is one the most prominent player in the pureplay factual SVOD market - they win by being first, more extensive and faster.

Rebuttal: The free Youtube documentaries argument doesn't hold, as the documentaries found on CURI are premium long-form documentaries. All SVODs are generally trying to produce premium content; if the youtube argument was valid, then we would all be unsubscribing to Netflix and watching free web dramas on youtube. Secondly, CURI is making FAST (Free Ad-Support Streaming TV) channels that are free and ad-supported. On a side note- related to the youtube argument - CURI is leveraging its partnership with Nebula to market those exact free Youtube factual content.

From my personal experience using the product, it is a mixed bag. I'd agree that some content is pretty bad, but even Netflix or Disney have duds in their libraries. However, there are also real gems like the Titans of Wall Street and acquired content from the BBC. Over the long term, I believe with more capital, economies of scale, data and expertise, CURI will be able to produce and acquire higher-quality documentaries.

At this point in the article, the current valuation can already be justified with the balance sheet and has gone through the risk and bear arguments without discussing the operational business & income statement, which cover the downside. However, further analysing the business case - CURI does have some good qualities that allow us to hypothesize that CURI might be a good business.

Compared to the other SVODs:

Why Curiosity Stream can defend profits:

A note about moats in the Entertainment Industry

They say content is king. However, this is untrue generally, as content production is undifferentiated. Anyone with a camera and a good eye can technically make films. Content is a kingmaker, and content distribution - originally cinemas, cable and broadband- is a more stable competitive advantage. In the modern age, SVODs or platforms like  MVPDs are the gatekeepers that have the distribution to reach customers.

In conclusion, CURI has $152M in book value, of which 66M is pure cash, while its equity is only 64M at the current market cap. Even if you’re sceptical that CURI can ever generate serious money, it is already severely underpriced. It is not hard to imagine it will break even.  Furthermore, CURI market positioning is solid; there is upside for free if you believe CURI can continue to grow and generate significant cash.

Disclosure: I am taking a long position in CURI.

In CS 169 this week, I developed a simple rails app (from the previous Sinatra-based web app). The main difference this week is the use of Databases. What also stood out was the speed and ease of development of tools. Access the project here: https://husbandacrobat-brotherhavana-3000.codio.io/movies Things 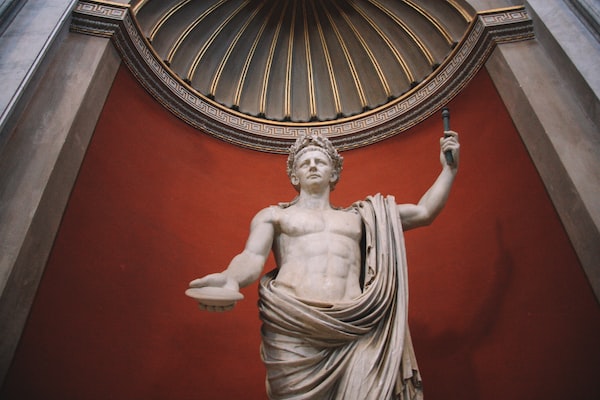 What do Theodore Roosevelt, George Washington and Adam Smith have in common? They all admired stoicism. Marcus Aurelius is a roman emperor who was a famous stoic. He had the weight of the world on his shoulders and yet had to be a good man in a backstabbing and political